Behind the Forecast: Are warmer winters becoming the norm?

Listen to Science Behind the Forecast with Meteorologist Tawana Andrew every Friday on 89.3 WFPL at 7:45 a.m.

Listen to Science Behind the Forecast with Meteorologist Tawana Andrew every Friday on 89.3 WFPL at 7:45 a.m.
By Tawana Andrew

LOUISVILLE, Ky. (WAVE) - Winter is almost upon us. Typically when we think of Winter, thoughts of piles of snow and frigid temperatures come to mind. However, as our climate gets warmer, that has begun to change.

Don’t get it wrong; you can still have cold temperatures as the climate warms. However, data shows that Winter is the fastest-warming season in most of the United States.

A Climate Central analysis found that 98% of 242 cities across the U.S. saw average winter temperatures increase since 1970. The Northeast and Great Lakes saw the largest temperature jumps. Seventy-four percent of analyzed cities had at least an additional week of above-normal temperatures between 1970 and 2020. 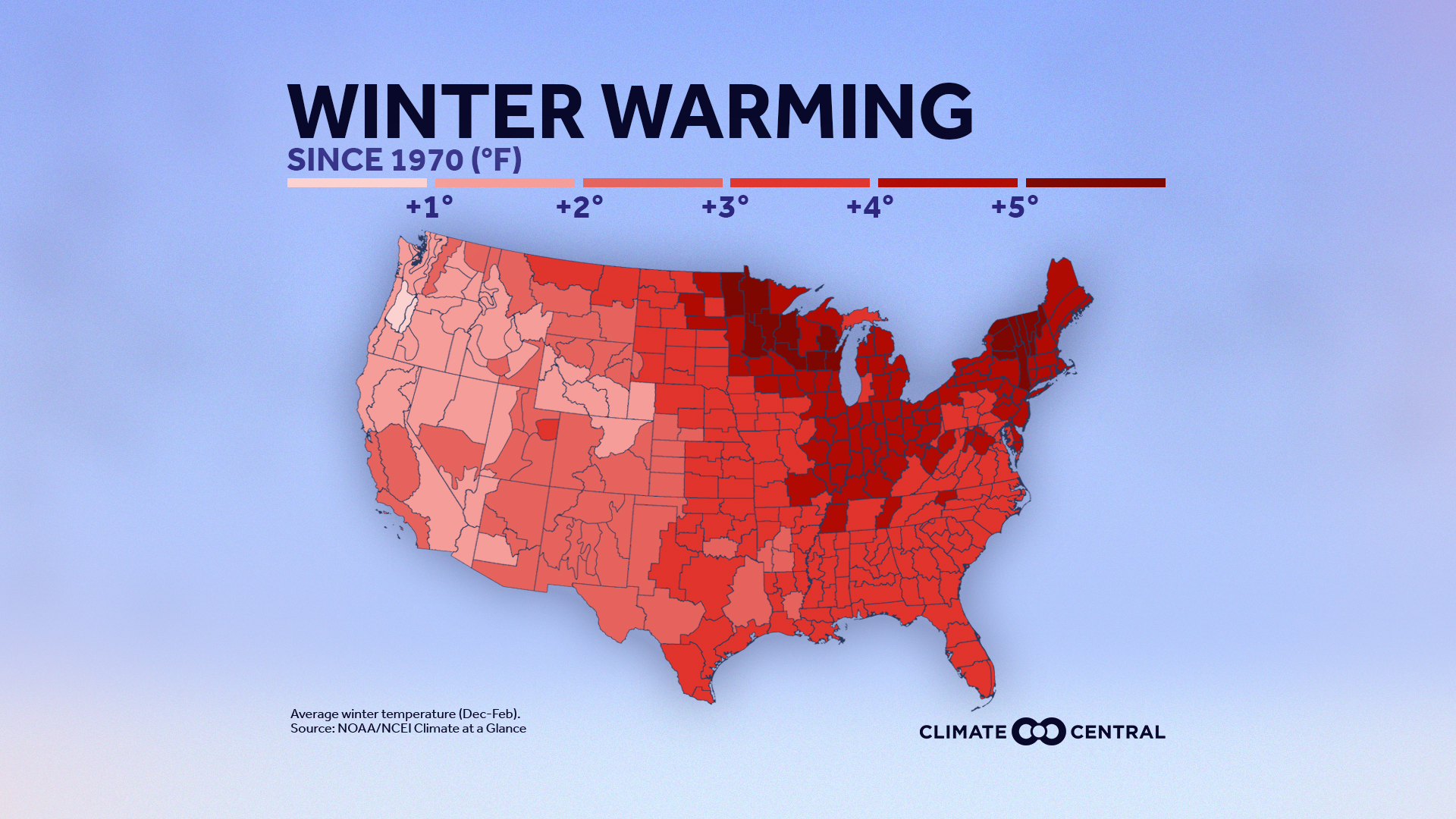 We’ve seen these abnormally warm winters in the Ohio Valley; the 2019-2020 Winter season is a perfect example. Christmas day in 2019, the region saw highs in the upper 60s; Louisville reached 69°, a record high for the date. On January 10 and 11, 2020, Louisville highs of 67° and 70°, respectively. During the entire season, Louisville only saw 2.4″ of snow; that’s more than 8 inches below normal. Louisville’s average highs were 4.9° above normal, according to the National Weather Service. 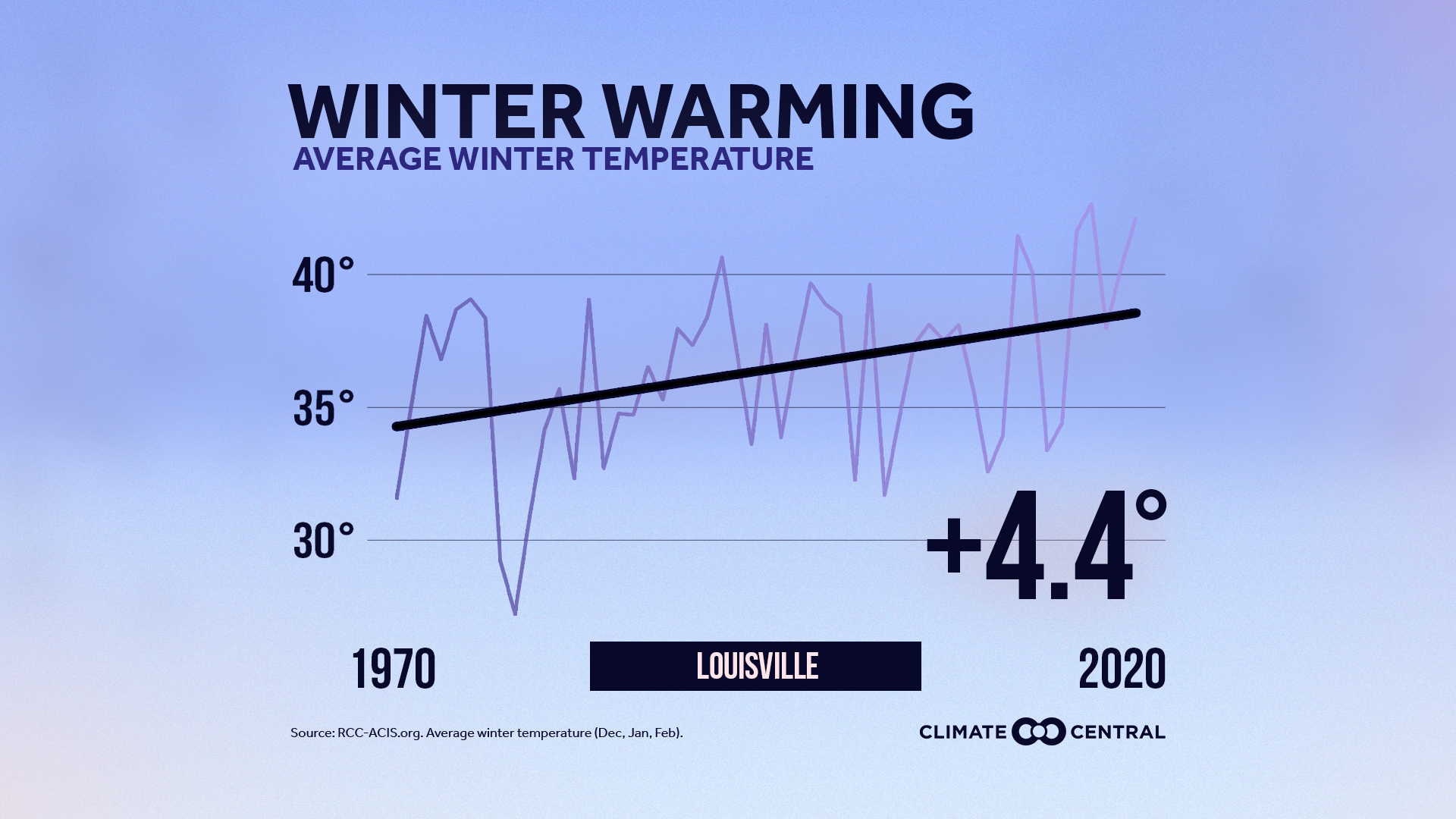 These warming temperatures can hurt our economy. Less snow negatively impacts businesses and cities that focus on winter-based sports, like skiing. Less lake ice reduces ice-fishing, a popular pastime in northern states. A 2017 report found that the skiing and snowmobiling season pumped $11 billion into the U.S. economy in 2015-2016 and sustained 190,000 jobs.

Warmer winter months can also affect some of our favorite fruits. Apple, cherry, blueberries, and peaches need a specific minimum number of winter chill hours before the fruit develops the following Spring and Summer.

The amount of hours required at or below 45°F varies: 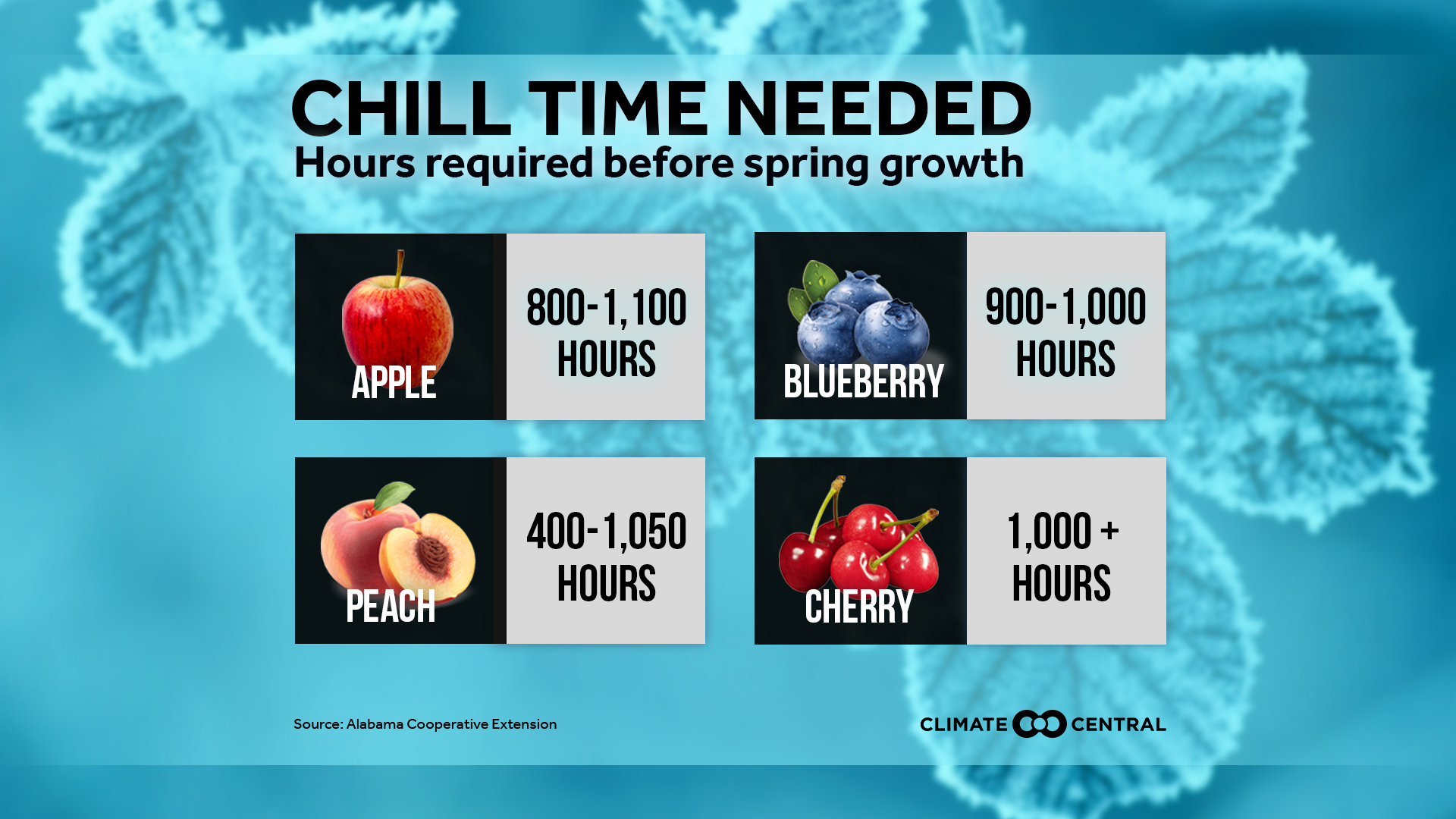 It’s not just agriculture that can be affected by warmer winter months, but also the creatures that help to pollinate our crops. Honeybees may leave their hives early if temperatures are too hot; queens may also prematurely lay eggs. All of this work causes bees to eat more of the honey stored for the winter months. Eating this too quickly, before their food source blossoms, puts them at risk of starvation.

Behind the Forecast: How weather impacts soccer matches

Science Behind the Forecast: How weather impacts soccer